Day 2 - Capernaum, Mt. of Beatitudes, Sea of Galilee, and the Jordan River

The end of a wonderful day...albeit hotter than yesterday at 113°F and 90-some % humidity! They are riding a heat wave here that shouldn't start til July. This fact, and today's travel, does, however, give me a greater appreciation for Jesus' ministry.

Capernaum, a city where more miracles were done by Jesus than any place else, moved me. I touched the foundation and ruins of the synagogue where Jesus taught. Made of basalt, a volcanic rock (which as a geology fan, I delighted in) echoed 2000 years of history.

In a shady area (thankfully!) we sat under sycamore trees and were taught by Dr. Mat Staver from the Liberty Council. Many disciples were called here: Peter, Andrew, James and even Matthew, the local tax dude! And I felt more like a disciple must have felt back then... learning more about the Kingdom of God arriving in a Person. (Lord, thank You for this opportunity!)

I realized it wasn't just those early disciples that saw miracles, but that I had, too... even just today. It IS a miracle that a state of Israel even exists, and most agree on that! It is a miracle an ancient language like Hebrew survives and is spoken, rather than Akkadian or some other pagan language group that dominated.

And is also a miracle this city of thousands no longer exists! No one built upon this site, as was so common to do... but it should have been, given it's strategic location for trade and the robust fishing economy. Here we saw the fulfillment of Matt. 11:20-24. (Yeah, I want you to read it!)

Several hundred years later, an 8+ magnitude earthquake hit, leveling the town, and it has remained deserted until a site preservation started in the 18th century by a Catholic order for the ruins including Peter's house.

Many sites, like the Mt. of Beatitudes, are kept up this way. At this traditional site (and that is said, I learned, when people don't know the exact place) Jesus is said to have given his Matthew 5 Sermon on the Mount. The topography is such that thousands could hear Jesus from his position in that theater-like setting above the Sea of Galilee. Reread vs. 38-48 as I did and see if you are not convicted - especially visiting in a land where the opposite of what Jesus taught is the norm. How will we love our enemies?

From here we journeyed to the Sea itself...for a boat ride to the middle of the lake. Even though it was daylight and the water like glass, it wasn't hard to imagine it pitch-black and waves 6-8 ft high as is prone to happen! Here Jesus, after hearing his cousin John was beheaded (think ISIS, here, literally) in Matt. 14, He sent the disciples off so He could mourn. Right after, the crowds came, 5000 strong, and he fed them with a fisherman's lunch. No rest for Him, and He again sent the disciples away that night to pray.

But that night, a storm came up, 3AM-ish, and the men were alarmed. Wouldn't you be? I would! I was out there...it wouldn't be a picnic!

He came to them, walking on water, and as Peter's faith began to falter, Jesus rescued him and them!

His next words, vs. 31, rang true for me. "Why did you doubt Me?" How often do I doubt Him? Probably more often than I care to admit. And you?

My faith became richer as I stepped foot into the Jordan River, and like so many pilgrims, was immersed in baptism there. I struggled with this for weeks... whether I would somehow nullify or degrade or cheapen my own baptism 40 years ago. And as I prayed, my experience at the Sea and at Capernaum rushed into my mind concurrently with the words at Jesus' own baptism, done not because he HAD to religiously, but "to fulfill all righteousness." (Mt. 3:15)

No, I didn't have to, nor did I compare myself to Jesus, but I prayed, "Lord let me be evermore Yours, a learner who desperately wants to follow You, my Master... so that Your righteousness is seen, and not me.

At dinner tonight, that prayer was answered, as our table discussion focused on how we might reveal more of His righteousness to others for His glory and not our own...how we can allow Him to work in us to produce Kingdom changes so desperately needed in our churches. I was able to share how I see Jesus in my Valley Family, how He had brought about a culture change... where Christ-likeness is the norm, not the exception.

Does the Man from Galilee deserve anything less than our full devotion?

Thanks for sharing this pilgrimage with me. I miss and love you! 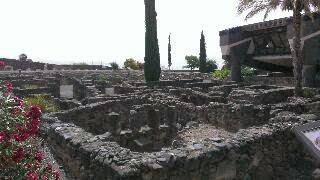 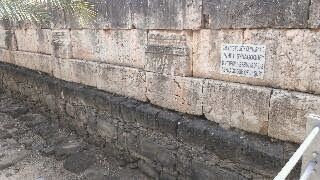 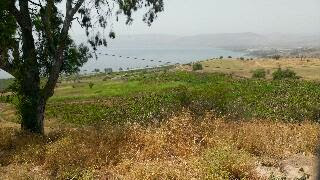 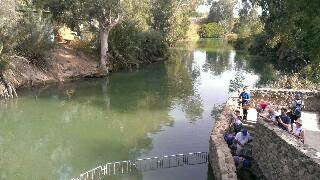