Day 5 - Wandering in the Wilderness

Our first morning in Jerusalem didn't start with the sites locally but an hour and a half ride southeast. This route led us out of the City and bisected the areas of Samaria and Judea, what is known today as the Palestinian West Bank.

Our first stop: Masada. For those of you who are too young to remember Peter O'Toole in the epic movie (which by the way was extremely accurate according to Jewish archeologists, except for a fabricated love scene) this was King Herod's mountain top fortress that 900 Zealots took over in the rebellion against Rome after the destruction of the Temple in AD 70. Two years later, a rebel named Eleazar was defeated, as the 10th Roman legion, 15,000 strong, penetrated the citidel, using captured Jewish prisoners to build a ramp.

After an aerial tram to the top, I saw that so much of this has been restored and preserved. Herod built an elaborate palace, complete with food and water reserves, a state-of-the-art sauna (the dude was nuts...it's the desert! It's already hot!) and a water-collection system -- the ultimate bomb shelter because he knew it was just a matter of time before chaos broke out against him and Rome! Speaking of hot, getting there before 8AM ensured the heat wouldn't get the best of us! Jews today honor the sacrifices made here and vow this land won't be lost again.

We then did get hot, taking a 1 mile hike into an area known as Wadi David, the place believed to be the cave where David ran from King Saul to hide from him. It's an oasis in the scortching desert, complete with a natural spring and beautiful waterfall! Gorgeous!

Here, I reflected on just how good God is! He is my Oasis on the Desert! How would you describe Him? Then we journeyed to a place w for lunch where many in the past described Him in writing...the caves of Qumran, where one shepherd found the Dead Sea Scrolls!

We then headed off to the Dead Sea, the lowest point on the earth at 1200 ft. below sea level. What a contrast to Jerusalem at 3000+ above sea level. That's why no matter where you are in this land, you are always going UP to the City!

While there, we had a chance to float in the water - 33% salt - and rub the mineral rich mud all over my skin. I may be a bit sunburned, but my feel baby smooth! The highlight was going out into the deeper parts, not touching the bottom and still floating like a cork in water...an amazing feeling. Since salt would harm my phone, we had a designated photographer, so pix later!

After that, we headed back and had a good cultural lesson on the various minority groups here in the region.

Tonight we began the Sabbath at sundown, after dinner. Elevators  automatically stop at each floor so that an orthodox person doesn't operate an electronic device, a violation of Sabbath law. We wished others "Shabbat shalom" as we sang praises to the Lord on the 4th floor outdoor balcony. We honored a holy God in His city for His power and majesty revealed in His creation today. How will you praise Him tonight and what for? 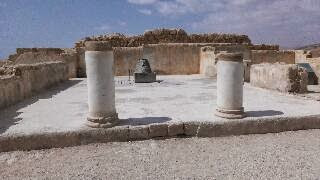 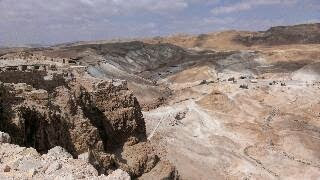 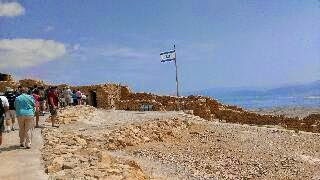 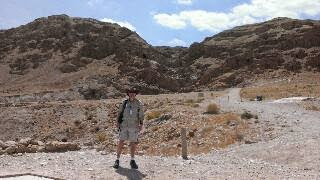