Our last day began with an early breakfast, followed by a living-history lesson from a Holocaust survivor named Hannah, childhood friend of Anne Frank.  At 86, she is sharp and witty, yet her words were haunting as she described the horrors she witnessed during the terror of the Third Reich and her relationship to the late diary-writer of international fame.  I felt grateful to have heard her experiences, as few will be left to tell others as the years go by.  She left me with a firm resolve: "Never again shall this annihilation occur!"  Needless to say, these words would come back to me no later than midday.

From our hotel, we left for the City - not Jerusalem with the walls around it, but just outside, on Mt. Zion, the Ancient City of David.  Here is where Jerusalem began, and the excavations that started here 10 years ago continue, uncovering more and more history.  It was thrilling to go through some of the residences uncovered, and a place where some scholars insist is the the edge of King David's palace.  From there, we walked through Hezekiah's Tunnel, carved 2700 years ago prior to the Assyrian army attack to divert water from the Gihon Spring into the city.  We took the "dry" route, as the spring is active today with fresh water up to your knees!

As we exited, we looked across the Kidron Valley, into a less-than-friendly neighborhood, some flying green Hamas flags that hadn't yet been spotted by Israeli forces.  We then took our bus to the Temple Mount and visited the Western (Wailing Wall).  At the entrance, an inscription reads: "The Divine Presence never moves from the Western Wall."  I was moved by the magnitude of the surroundings - a small area in size, but big in terms of the prayers lifted to God.  The Jewish prayer is vocal, yet there was a reverent silence - until shouts erupted from the many bar-mitzvah celebrations for young men!  It would seem these instances of "irreverence" were actually very reverent!  And thrilling, for me to write a prayer, insert it into the wall, and sense the Lord with me.  Powerful, to say the least.

From here, we ate lunch at Yad Vashem, the Museum of the Holocaust, and had a short tour.  Here is where that phrase from the morning really came back..."never again!"  My heart was sickened as the second and third panels, after describing the Nazi mentality, shared how so many Christians worldwide had such a negative view of the Jewish people and then, in the hour of need during WWII, turned the other way.  As a group, we had an opportunity to lay a wreath at the memorial of the 500,000 children slaughtered during this time.  My heart broke... my mind failed to comprehend the severity of this destruction of beautiful human life, as some how less than human.  Never again.

But hope abounded, as we then headed to another supposed site of the tomb of Jesus, the Garden Tomb.  This one, and its proximity to the traditional site of Golgotha (Calvary), seemed more likely from the biblical text.  Here we saw an authentic tomb, hewn out of the rock, intended as a family burial spot in a garden.  Whether or not this place, or the one at the Church of the Holy Sepulchre, is actually the one used by Jesus isn't the issue.  What is?  He is alive!  And that, friends, was the most poignant way to leave the Holy Land...with the fact that He IS!  Sitting there, partaking in Communion with our group, we understood the finality of that act - the one that guarantees our eternity with Him when we place our trust in Him.

I didn't have to walk this path, go to a sacred shrine, dress a certain way or follow any set of rules to be counted as His child.  No, I merely yielded my will to His, my life to His keeping, and my obedience to God alone.  And upon that profession of faith, He receives us as His own.  Hallelujah!

The journey home was difficult.  I didn't want to leave.  Even with rush hour traffic (and yes, they have it in Jerusalem, too!) and the 2 hour drive to Tel Aviv for dinner and catching our plane home, I was left feeling like I was actually LEAVING home.  Some part of me stayed in Israel.  I somehow connected with her beauty: from the Golan to the Negev, and I became attached.

The tendency for Christians is to want the end to come, for Yeshua Ha'Meshiach to return.  And I do.  But let's not miss the present.  He died for all people, Jew and Gentile alike.  And our task is to love everyone.  I want to uphold the people of Israel because of the covenant God made with them; not to proselytize or pander.  I saw much more than a land.  I saw a people that God has blessed and through whom all will be blessed.  And I am grateful, more than I could possibly say, for this opportunity.

How do you see Israel?  If you are fortunate enough to place your feet where the patriarchs walked or shoes where David danced, or hands where Jesus healed, you have a different glimpse.  But do you see the people?  Do you see a nation?  God is still in the business of miracles, and all you have to do is look to this one spot to see that He has blessed her and us.

Thanks for going on this journey with me! 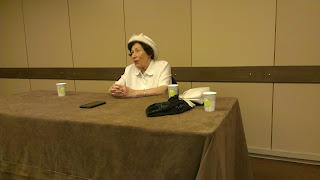 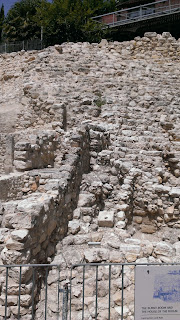 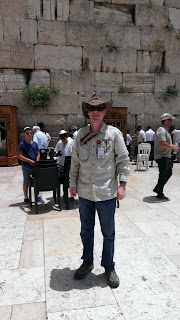 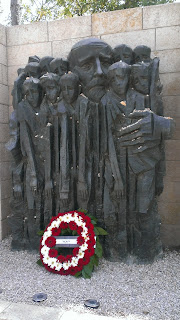 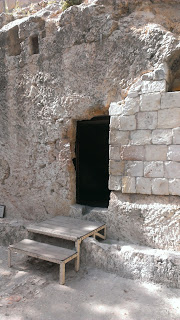 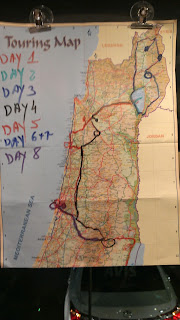 Posted by Mike Spradlin at 3:06 PM